One thing that I cannot explain enough to people is that there is no way in hell you’ll feel a significant change in horsepower in your BMW by switching to a different kind of air filter.  The most popular of which is K&N filters, which are more of a screen filter with some foam that utilizes a special oil to help it filter.  Your local auto parts store will usually have some sort of demonstration with a ping-pong ball that floats higher over one of these filters when compared to its stock counterpart.  That’s all fine and dandy, but the last time I checked, there weren’t any ping-pong balls in my engine bay. 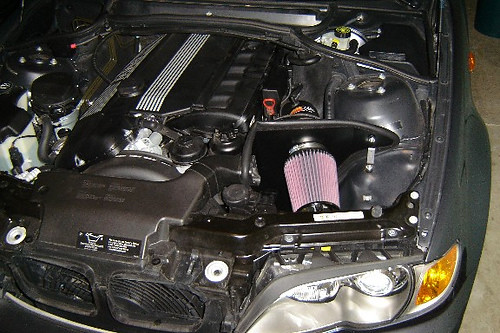 I’ve also seen many graphs when one of these filters are installed, and the car is put on a dynometer with the end result being a gain in horsepower and torque.  Before getting all giddy, these ‘gains’ are usually about 3-5 horsepower on an engine that produces over 250hp, giving an end result of about a 1-2% gain from that $65 filter you just bought.  Remember too that dynometers have a certain margin of error that can produce a different result through many tests. With any modification, I want to feel it in my seat.  The only way you’ll feel one of these filters in your seat is if you were to put it underneath your butt.

They also create problems for your engine management system as well as your valve train.  These filters are usually soaked in oil to capture the smaller particles that would normally be captured by a traditional air filter.  The oil does a great job doing this, but the engine will naturally suck that oil, with the particles in it, into the combustion chamber a little at a time.  That oil will basically coat anything in its path and cling to it.  On modern BMWs the main concern is that of the air metering device, which will either be an Air Flow Meter or an Air Mass Meter.  Neither of these likes to be dirty, and can result in false data being supplied to the brain of your BMW, or DME as it is commonly called.  Another long term effect of using these filters will be dirty intake valves which will drop your engine’s efficiency. 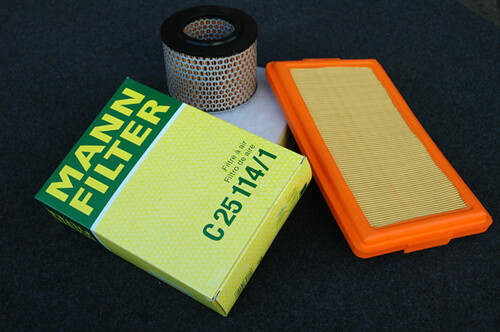 Keep in mind that with any modification, there can be positives and negatives when you look at the big picture.  I love getting more performance out of my BMW as much as the next person, but there are many things to consider when making any sort of modification.  As a general rule, increased engine performance will usually result in a drop in reliability and longevity.  If you want a significant horsepower or torque increase that you can feel, I would start with a performance engine management chip or a flash download on your BMW.  Changes in the computer can give you significant gains that can be measured, and felt in the seat of your pants.  Changing to a ‘performance’ air filter will only leave you with a few dollars less in your wallet, and an engine that is slowly getting bombarded with dirt and oil instead of clean air.