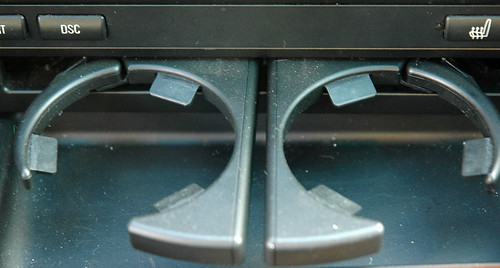 It wasn’t until the late ’90s that BMW finally made them standard equipment on most models while other manufacturers had been implementing them for years.  The main reason for this is probably a cultural one.  Germans, as a whole, do not bring food into their cars.  Most wouldn’t even fathom it.  The only thing that Germans typically would do while driving in their car is smoke.  Which is why all BMWs seem to have an adequate ashtray and lighter that is reachable and convenient. 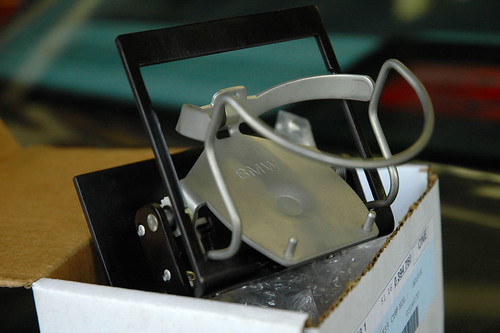 The best piece of advice I can give regarding cup holders is to simply leave them alone, especially if you own a 7-series.  They aren’t that cheap to replace, and they will certainly break again.  Aftermarket alternatives available as well as retrofit kits that are much more substantial and work pretty well.  My favorite of which, pictured above, is easily installed into the cubby hole of an e39 center console.