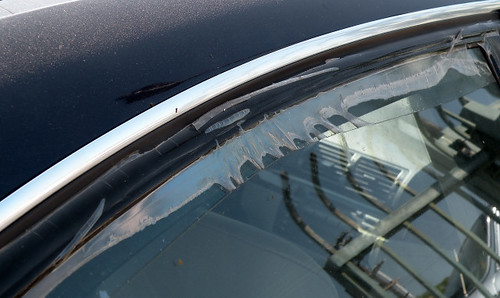 If you look at the many uses for packing tape you’ll notice that ‘keeping your rear window up’ is never mentioned.  However, this clever fellow has found that it works just as well as a new window regulator.  Don’t do this, spend the $300 and get the damn thing fixed.  Packing tape doesn’t do a great job keeping the window up, but it does wonders on your trim and paint when you go to remove it.

I haven’t gotten in the car yet but I’m sure there are more treasures that lie ahead.  I put the key in the ignition to start the car and all these friendly and familiar warning lights pop up on the instrument cluster. 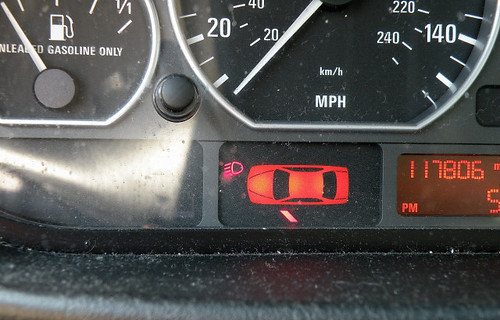 The right side headlight is out, but the left side still works so that’ll do for now.  Gee, he’s out of gas, what a surprise . . . 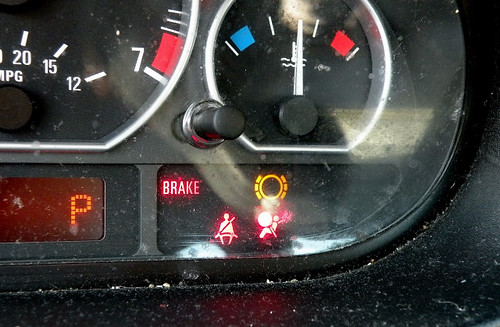 The car needs brakes badly.  The rear brakes are metal-on-metal and the front brakes aren’t far behind; but the car still stops so it’s all good.  The air bag light is also on, but who needs air bags when you have seat belts . . . 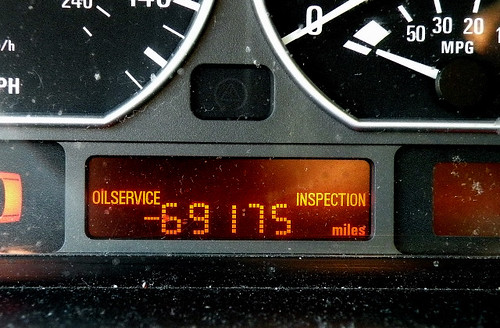 This is a first for me.  It has been almost 70k miles since he has had any sort of service on the car.  Now he may have had an oil change here and there, but the car was obviously serviced by some joint that cannot reset the service light.  When the -69,175 blinked on the indicator I laughed harder than I have in awhile, you just don’t see this, maybe he’s going for some sort of record. 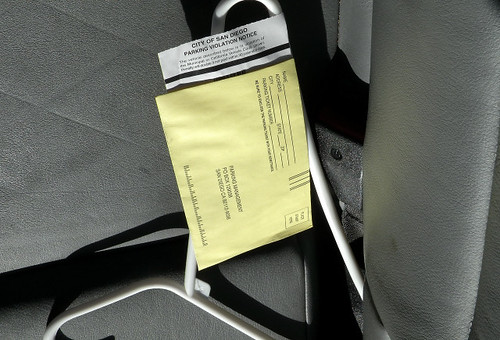 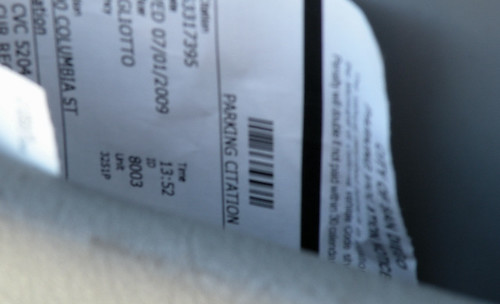 I see a lot of people toss ATM records, dry cleaning slips, or fast food reciepts in the back seat of their car, but this guy just tosses multiple parking tickets in the back instead.  I counted about 13 parking citations in the back of the car which means that he’ll be due for a tow in about another week or two.  The good news is that I figured out how he’s going to pay for the tickets . . . 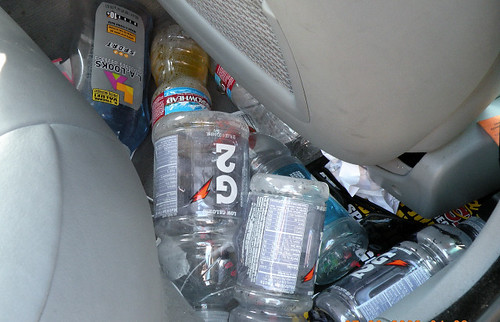 The back seat of your BMW is not the place to start a recycling business.  In case of a hot date or business meeting he’s got some LA Looks hair gel ready and waiting.  As far as I can remember, Arrowhead spring water has been clear, not brown.  I don’t want to know what he’s got brewing in there.

This is truly a shame.  Another example of a perfectly nice BMW trashed by its owner.  These are great cars and in my opinion, one of the best cars that BMW has produced over the last 20 years.  That said, you must maintain your car if you want it to continue to serve you.  Buying a car, trashing it to the point that only a junk yard will buy it, and repeating the cycle is way more expensive than a little preventative maintenance and some tune-ups along the way.