BMW with a Dead Battery? Stop. Tow. Save Tons of Dough.

My hope is that you’ve found this posting before AAA, or other form of assistance, has come to rescue your BMW with a dead battery.   I know you only have one hour to leave work, grab the kids from practice, and pick-up dinner, but stop and just have your BMW towed.  DO NOT jump-start the car and DO NOT let any roadside assistance service install a new battery in your BMW.  It can be the most expensive battery or jump start of your life.

BMW’s built from 1999 through about 2003 do not respond well to a jump start, and pretty much every BMW built after 2004 needs to follow an exact procedure in order to change the battery properly.  While we’ve been aware of this for quite some time, a recent customer’s troubles has exemplified what can occur if someone tries to change a battery when they are ill informed. 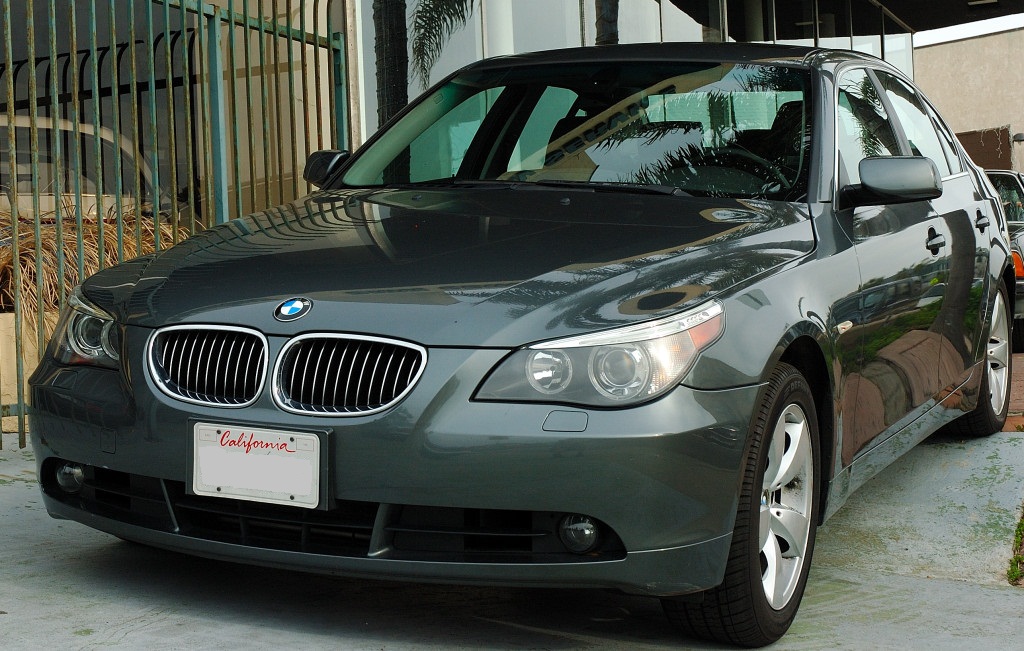 I got a call from a towing company owner who was having trouble with a 2006 530i.  They acted on a AAA call for one of our customers who’s battery had died.  They went to the residence and jump-started the car followed by the AAA representative selling the customer a new battery.  That is where the trouble started.  The AAA rep disconnected the battery (strike one and strike two), and then installed the wrong size battery and re-connected the battery cables (strike three).   Much to his surprise, the car would not start, the steering became locked, gear shifter locked, and there were no instrumentation lights.  This 5 minute operation just resulted in what will be 3 weeks of the customer not having a car, and AAA coughing up a heap of $$. 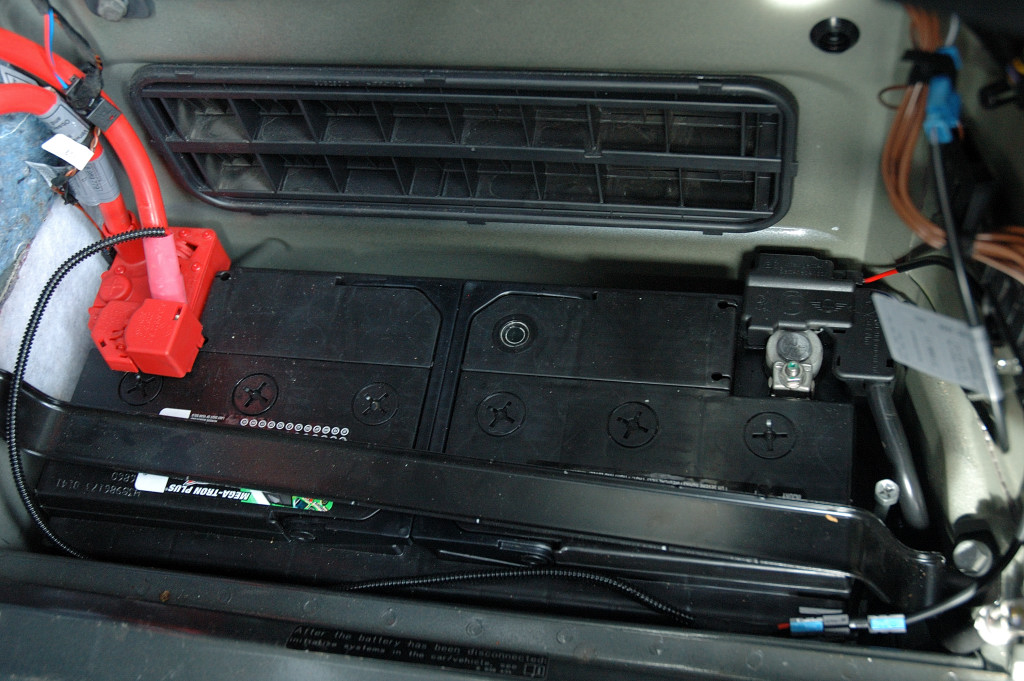 The BMW electrical system has gotten extremely complex, mainly due to the fact that they aren’t just cars anymore.  They are a home computer, entertainment center, home office, and a robotic personal assistant all wrapped in steel with an engine and 4 wheels.  This all requires a significant amount of wiring, control modules, and electrical monitoring systems that make everything work.  To complicate things, all of these functions rely upon each other for power and reliability.  Simply put, they are strung together like old Christmas tree lights – one goes out and the rest of the strand is closed for business.  The main difference is that instead of just grabbing that extra bulb that came with the lights, fixing the strand can start with a $280 module – in this case the Car Access System, or CAS. 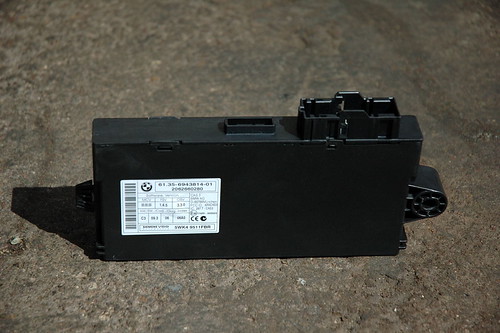 There’s no guarantee that the rest of the lights are going to shine after it is replaced.  These support groups are so fragile that any disturbance in power can render the module useless, which hopefully illustrates why changing a battery can become the most expensive little light you’ve ever tried to replace to get things going again.  The second victim of this battery change attempt was the SZL, which is basically the control module that controls things such as wipers, instrumentation, steering wheel buttons, the horn, turn signals, etc, etc. 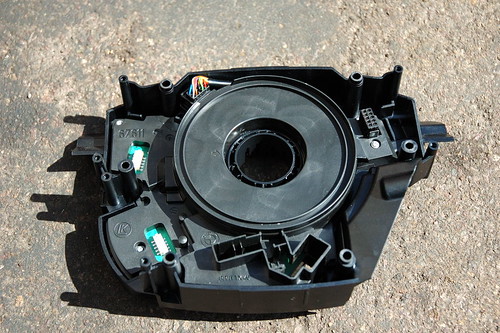 In short, you cannot just change a battery, there is a specific procedure that must be followed in order to do it successfully.  Ben Amen at our shop explains:

The car must be off and key out of the ignition.  The battery should be sonically tested for bad cells, and once tested poorly, should be replaced with a battery of the SAME SIZE and Cold Cranking Amperage to ensure these complex systems receive the same power input that they would from the factory.  When removing the cables one must be very mindful of the delicate positive AND negative terminals, as each connection contains a very sensitive micro-control module on them that monitors power input and output of the battery in addition to communication with the airbag deployment string of modules. 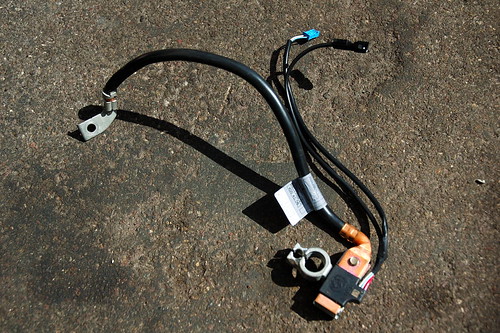 OK, enough technical stuff.   Let’s talk dollars.  In this particular case, the car lost several modules and one battery cable.  Tons of re-programming and coding was also needed as each step was executed during repair in order to save modules that had yet to be affected.  Total?  Over $2300 for one mistake.  I’m starting to think there might be a market for battery warning stickers . . .