Oil and your BMW – Which is the Best?

There really is no ‘best’ oil to pour in the engine of your BMW, after all, if there was one that shined completely above the rest you’d be buying it.  Engine Oil has always been a great debate for those that are a bit serious about their service.  I sometimes feel that debating about oil brands is much like squabbling over which Brewery produces the best Lager.  I love beer, and I’ve had some really crap beers (especially in college) and I’ve had some really good beers.  Same can be said for Oil.  Crappy oil is the stuff that is really cheap, has generic packaging and there is usually almost all of it still on the shelf – the ‘Natrual Light’ of oils.  Hopefully none of you are using that stuff, or worse yet, drinking that sort of beer. 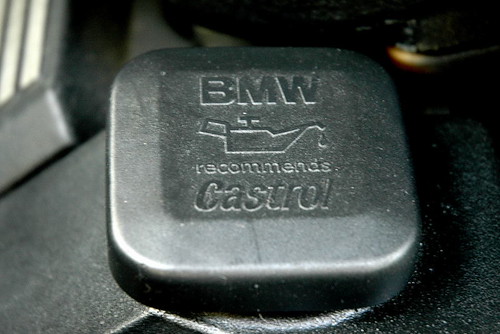 I find that the most common oils in the great debate are Mobile-1, Castrol, Royal Purple, and Amsoil.  I should say that I am not a fluids expert, I’ve done no crazy amount of testing on any of these oils, nor have I read 15 different case studies that have — this is all based on experience (and opinion).  Aside from all the great things that oil does for any engine, modern BMWs need oil to feed both the Vanos unit(s) as well as the hydraulic lifters (if your engine has them).  Now for my super scientific test results.

I don’t like Mobil-1.  It’s the most popular oil, and a lot of folks swear by it, but I just don’t like it.  Many cars come in to the shop with the engine sounding like a rotating barrel of marbles and most of them have one thing in common — the owner uses nothing but Mobil-1.  One customer had a 1998 M3 running Mobil-1 and his hydraulic lifters were making a racket with Mobil-1; I switched him into Castrol Syntec 5w-30 and within 30 seconds the valve noise was almost completely gone.  I’m sure that Mobil-1 is a good oil, it just doesn’t seem to agree with BMWs all the time for some reason, so I never use it and never will.

I just can’t use this stuff.  It reminds me of Avon cosmetics and buying encyclopedia’s from a door-to-door salesman.  The guys who are selling it always seem to remind me of a cross between a shoe salesman and the ‘kids’ who try to sell me magazines to support their baseball team when they are clearly 10 years past their last time at bat for little league.  If you’re not smart enough to come up with a decent marketing plan, what makes me think your oil is any good?  I just don’t trust it, and a BMW engine is not the platform to ‘try something new and different!’

Talk about marketing, these guys have it handled.  BMW has been endorsing Castrol since the early 1990’s and I have to say that I’ve never had anything but good results using Castrol.  I think it is a great oil and seems to do really well in BMWs.  It is reasonably priced, and you pretty much can get it anywhere.  If you are using it and like it, stick with it.  Tip– you can buy ‘factory oil’ at your nearest dealership, which is Castrol Syntec in a BMW bottle, at almost a dollar less per quart. 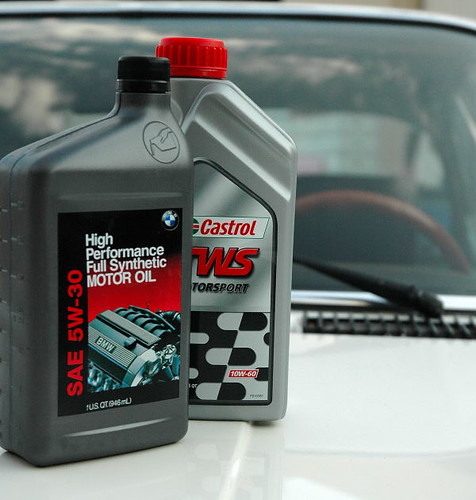 This stuff is expensive.  I know some people that love it and I ask them why and they really don’t have a valid answer.  It’s usually two to five dollars more per quart than the others and I just don’t see the need to be ultra spendy.  It’s kinda like buying corn flakes at Whole Foods, same basic flake, but at the Whole Foods price.  It seems to be really good oil, but at that price why bother? There are other options that are great and less expensive.

What do we use? Here’s a list of the current engine oils that we have had the best luck with along with their applications:

In my opinion this is the best oil you can put in your BMW if it requires non-synthetic oil.  The only problem with Kendall is that it can be hard to get in the retail market.  A good alternative would be Castrol GTX.

This is the factory recommended oil and it works great and it is reasonably priced.

Elf oil has long been popular in the European market and well known in F-1 racing.  They tried to introduce it to the US market in the early 1990’s but no one could get past the name ‘Elf’ as it reminds us of little guys climbing out trees with a boxes of cookies.  So they are now using the name ‘Total’ for the US market and I really like this oil.

I first gave Elf a try in my drama queen of an M5 which was consuming about 2 quarts of oil every 3k miles with the use of Castrol TWS 10w-60.  Using Elf’s 10w-60 has cut my oil consumption in half, and when I change my oil I like the way the used oil looks in comparison. My car just seems happier with it. 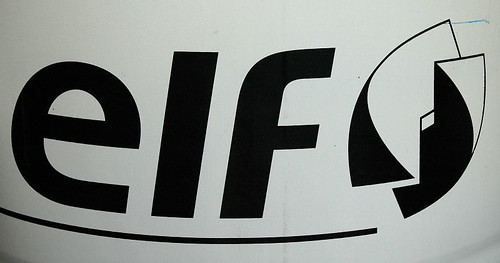 These oils are for use in newer M-series engines and are expensive.  Of the two, I highly recommend the Elf based solely on the results it has produced on my own car.

All things considered, everyone needs to relax a bit about oil.  There’s really not one oil that is best across the board.  If you are overly concerned about oil, read different oil comparison test results, or you’re sending used oil samples out for analysis, this tells me that you are doing one thing right – changing your oil frequently enough.

The best thing you can do is frequent oil changes no matter what you are using, and to continually check your oil level between changes.  Like I tell my customers, vegetable oil is better than none at all . . .