Above is a 1991 325ic, a great choice for a fun ride that will turn heads.  In San Diego, you can currently pick up a decent 325ic candidate for under $2500.  As usual, have the car checked out to make certain that you haven’t purchased a money pit.  That said, expect to spend a decent amount to bring it up to a nice level.  Buy a car that doesn’t need paint or body work.  Solid colors like red, white, and black will have considerably better paint than any of the metallic colors such as silver or beige metallic. 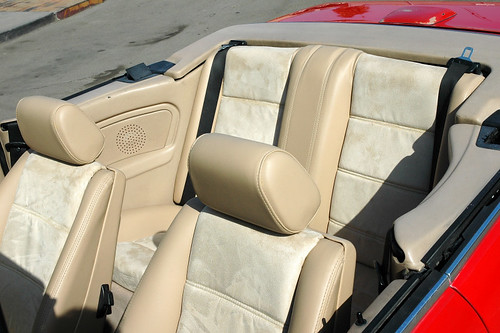 On the interior, get into a car that has a dashboard with little or no cracks, carpet that is not worn (dirty is ok), and door panels intact without speaker holes or other defects.  The seats will be re-upholstered and you’ll be getting a new top.  Plan to spend anywhere from $4-8k above the purchase price of the car to transform it into a really nice daily driver that’ll get you the occasional ‘thumbs-up’.

The BMW 325is – BMW Sports Edition without the ‘M’ Price 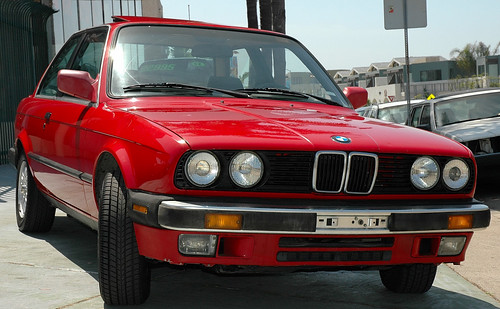 Above is a 1987 BMW 325is, a sporty car that handles incredibly well with room for upgrades in every area. What made this car great in the 80’s was that it was much cheaper than the famous M3, but with all the fun already built in.  This Bi-Polar BMW contained a sporty little demon that begged to be thrown around on the track and a smooth finish that could be dropped at the valet at a fine restaurant.

In stock form, it came with sport seats that hug you through the corners, and a factory sport suspension.  Spend in the area of $2-3k for a car that’s ready for some interior re-freshing and some mechanical refreshing.  Once road-ready, you’ll have a great daily driver that is perfect for auto-crossing and driving schools at the track.  Follow the same rules for buying a 325ic and you’ll be on your way to owning a great classic BMW.  There are many different options for upgrades, so make sure that the car is built to suit your needs.  If you only go to one or two autocross events a year, you don’t need a roll cage and fancy seat belts. 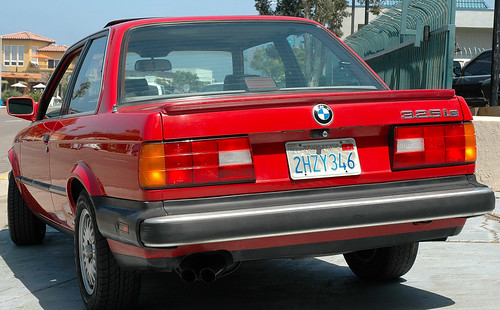 These two BMWs were instant classics and were the quintessential yuppie mobiles of the late ’80s. They are growing into a credible collector car and have most modern amenities such as power windows and cruise control — a great balance of performance and comfort wrapped in a classic design. Once you’ve gone through the car and had it restored, expect to own a car that is fun to drive, extremely reliable, and reasonable to maintain compared to modern day BMWs.  What more can you ask for?